Chairs and workstations are a relevant factor in office environment optimisation.   The bigger picture is described here.  Written in 2002, some of the comments are somewhat dated.   However the main thrust is frustratingly slow in entering the mainstream of office design.

Hitherto stress related illness has been thought to be due to psychogenic causes associated with changes in commercial practice. More recently it has been recognised that adverse indoor physical environmental factors actually account for the bulk of stressors in the office and work environment. These potentiate the minor morbidity (illness) and the more overt psychosomatic expression.   Environmental stressors can be identified, quantified and relatively easily corrected. When addressed up to 40% increase in productivity is permanently achieved.

Recently I saw a patient with a severely painful neck which was threatening his highly paid job which was in a ‘dealing room’ type office. He shared a single height worktop with eight others. He had to lean forwards to speak into a microphone and not only view a VDU screen but also look over his shoulder to check a wall display. Luckily a modification of these conditions and a cervical facet joint injection cleared his symptoms to his own relief and that of his firm which was foreseeing expensive litigation.

As a doctor working in the field of musculo-skeletal disorders I am never ceased to be surprised to see patients who are highly paid and work in prestigious firms but physiologically inadequate environments. The poor ergonomic facilities result in a musculo-skeletal breakdown and in addition they usually have symptoms of stress. As they are well paid they often do not wish to confront the management with their problems, and may even try to keep them secret.   Departments, such as editorial in the newspaper industry, may have a macho philosophy which extends to their expert workforce who are proud to grit their teeth and carry on in these adverse conditions.   The breakdown, when it comes, is complete.

Ergonomic factors account for only a part of the physiological stressors that occur in offices which account for a wide spectrum of ‘stress related’ conditions. These have been listed in the U.S. by the Environment Protection Agency (EPA) and the National Institute of Occupational Safety and Health (NIOSH). This burgeoning rate of so called ‘stress related’ illness represents inadequate adaptation of mankind from a huntergatherer lifestyle to one of an indoor, sedentary and emotionally stressful occupation.   In the UK, Health & Safety Executive (HSE) figures show that 1 in 11 of the work force suffer occupational health problems. 750,000 people are involved and equals some 1.3 million days of production lost each year. 270, 000 people daily take a day off work. The cost to the UK is £7 billion a year.

A consideration of the medical background show that three broadly overlapping and ill-defined medical conditions have been described. 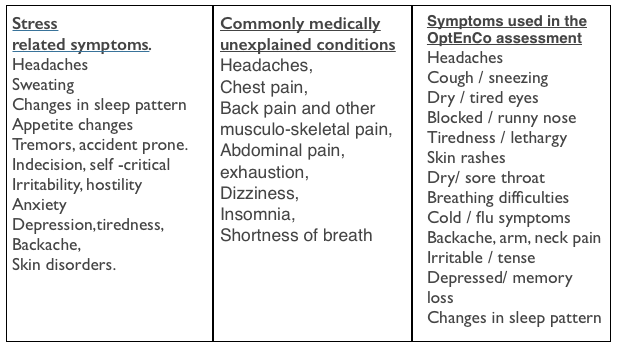 The common factors are a mix of adverse or threatening environmental condition which result in stimulation of neuro-humeral mechanisms mediated through the hypothalamic-pituitary-adrenal axis which result in a widespread physiological response.   Stressors initiates a neuro-humeral cascade which finally affects the whole body. In the acute phase threatening environmental stressors result in the ’fright, flight, fight’ response. In evolutionary terms these are an important survival mechanism. In modern office conditions they can be the reverse.

The immediate effect of stress is on the hypothalamus which lies in the base of the brain near the brainstem. The hypothalamus produces corticotrophin hormone (CTH) diurnally in small amounts but when stimulated produces a large amount which is carried by its private blood circulation to the pituitary gland which lies nearby under the brain. The pituitary also produces small doses of hormone, adrenocorticotrophic hormone (ACTH), about 3 pulses an hour clustered in the morning, and on stimulation by CTH liberates a large dose into the general, systemic, blood circulation. This, in turn, stimulates the paired adrenal glands, which sit like a cap above the kidneys, to produce adrenalin (epinephrine) from the adrenal medulla. In the acute phase adrenalin has an immediate effect with a feeling of fright, increased respiratory and pulse rate and blood pressure, cold and pale skin. In nature this would be resolved quickly by fright, fight, flight or oblivion.

Under modern conditions the stress usually is not resolved and persists to become chronic. Under these circumstances a further humeral cascade occurs with a release of cortisone (cortisol), a glucocorticoid with a normal daily output 10-20 mgms, by the adrenal cortex. This is intended to damp down the effects of the initial CTH and ACTH and return the body to normal. If the stress is not resolved then the excess cortisone exerts its corticotrophin effects which include immune-suppression, reduction in brain cell mass; raised blood pressure; raised blood cortisol, creatinine,  glucose and lipid levels. A chronically raised cortisol level can also give rise to emotional disorders such as panic attacks, free floating anxiety and depression with a link to eating disorders, addictions and other compulsive disorders, 5 which are likely to be wrongly attributed to immediate psychological stressors.   These changes can result eventually in cardiovascular disease, accelerated ageing, diabetes. Immune system suppression results in infections and peptic ulceration.   A number of modifiers account for the variations in response to stress. These include genetic disposition, previous experience or learnt coping strategies.   A number of physiological tests are available to asses stress. These include those for the Cardiovascular system (Blood Pressure; Pulse; core temperature), for Muscle tension (Ceramic marker test); Respiratory rate (vital capacity); Reduced skin temperature; Macular flicker and estimations of blood cortisone levels. It will be noticed that these include plathysmograph, or ‘lie detector’, readings which detects the stress which may be occasioned by lying.

The combination of stressors and pathogens such as VOCs and microorganisms in the indoor workplace result in lowered productivity and alertness with the litany of minor everyday symptoms such as headaches, backache, RSI, skin disorders, sore throats, palpitations,asthma (COPD), tiredness and depression, tired and itchy eyes which have already been listed.   These can lead on to more serious conditions.  The practical implications are encouraging.   Physical environmental stressors can be identified, assessed and measured so that effective measures can be introduced to correct them. These measures are simple, precise and produce a pleasant and stimulating workplace, with increased productivity, at no great cost. The cost of a full optimisation is about £5000 for each workstation and less if incorporated in a new development. This cost is recuperated in less than 3 years by increased productivity.   Paradoxically, the power position of employer and employee may be naturally reversing. Employees of high skill and competence are likely to regard firms as a mere commodity. Already highly rewarded financially, they will look for and expect a pleasant, healthy and stress-free environment.   Firms will have to provide this if they are to attract and keep the high quality tech-savvy, workers required for a first world economy.   Some US firms have preempted this by providing a high-quality environment on the grounds that they have the best staff in the world and in order to optimise their performance they are given the best possible working conditions, expense being of little relevance.   City firms are also experiencing difficulty in recruiting and retaining top professionals. There is a culture among modern executives to enrich their careers by moving on, usually within 18 to 24 months. Only 19% state that money is the main reason for change, the prime motivation being challenge and excitement.   Better working conditions are also seen as important and staff are becoming increasingly better informed on environmental issues.   In addition to the standard measures adopted in occupational Health, environmental optimisation becomes a basic requirement to retain staff the loss of which in the modern knowledge led economy is probably one of the most serious losses that a competitive business can suffer. In times of recession costs to a firm of morbidity resulting in absence from work, lowered day to day productivity, increased churn rate and litigation is of serious concern and may not besustainable. The only strategy to reducecosts without a reduction of productivity islikely to be environmental optimisation. 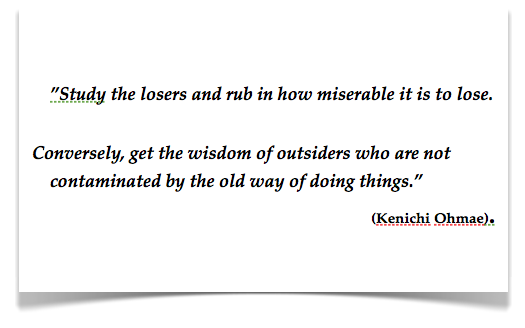 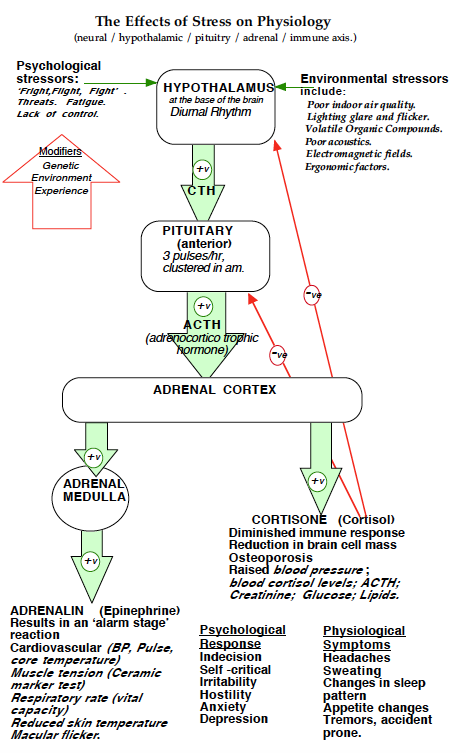