What’s the crossover between form and function; sculpture and good design? If you appreciate art and sculpture then your eye will be drawn to pleasing shapes.     Aesthetics are hardly the subject matter of bio-mechanics and is left to the individual designer and

the company image.   However there is relevance to chair design and furniture seen as art.   My apologies for this discursive effusion which was occasioned by seeing,  in 2015, a new chair proposed by Altwork (http://altwork.com). that has at least an upright

and reclined work position as I first proposed back in 1998.  It also has a ‘stand’ facility so in this respect is approaching the 2T derivative, the 4M OFFICE WORK-STATION. I have not seen this chair and so cannot assess the extent to which it is 2T compliant.    From the photographs there seem to be problems.  It looks over engineered, awkward  and clunky.   WORK-CHAIRS, a new breed with a reclined mode.→ 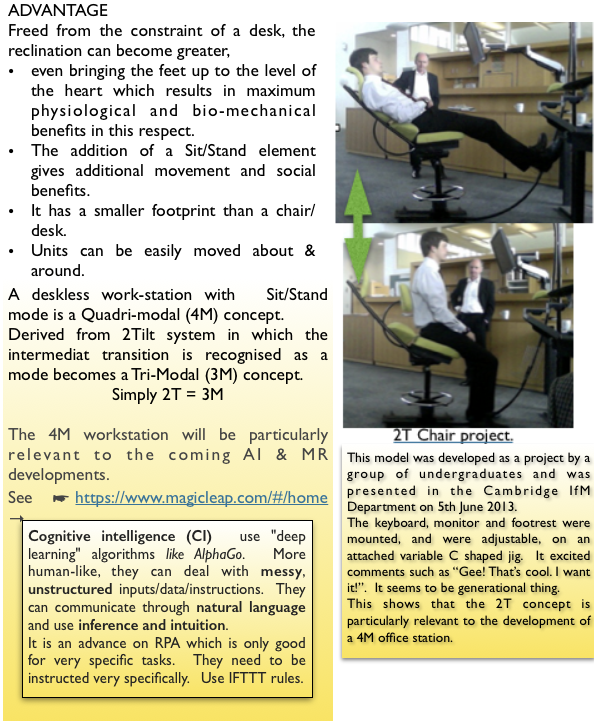 The model shown above was an upgrade of my P1 prototype.   It was of this that a CEO said “This is too comfortable.   My work-force will go to sleep” although he was lying on wood with no upholstery’  (Early 2Tilt chair CONCEPT and criticism→).

regarded as an art object and was shown by Jessi Reeves  in her first solo exhibition at the Bridget Donahue Gallery. nvc. in 2015.   “The symbiosis of art and design culminates in Jessie Reave’s work which hovers between furniture and art object. Reaves’ creates conventional (and functioning) items you would find in any furniture shop: chairs, a couch, lamps, several shelving units. However, the artist assembles materials unconventionally to create an entirely unique aesthetic.; what is normally kept hidden inside furniture is turned out.”     Reaves recently had a solo show at New York’s Bridget Donahue gallery.  “
This looks very like my P1 2T prototype of 1998.  The back support looks excessive and is adverse lumbar rather than a pelvlc support.  It looks adjustable which might account for this.  Shown as an art object it shows the basic simplicity of the 2T concept.

Having been married to a highly innovative abstract artist,  ☛ http://www.vancaillieartist.co.uk→  I have views!   Back in the 1960’s some regarded me as one of the few in England who could asses the aesthetics of the avant garde at that time.  Abstract Expressionism. Matter Painting,Tubism (Mathieu), Tachism, Pop etc.   Alas! Now I am totally dated!  But reactions do not fade.  True art has an effect that distinguishes it and is always itself true.   “Truth is beauty.  Beauty is truth” said Keats.   The untruthfull in art such as propaganda was demanded of artists in Nazi Germany and Soviet Russia and their derivatives such as ‘Social Realism’.    A reasonably good English artist, Richard Hamilton, was persuaded by his ‘Ban the Bomb’ CND wife to depict Hugh Gaitskill as a Hitleresque monster.  Obviously untrue.  To my mind, it destroyed  his artistic integrity.  Artists, although maybe dissatisfied with a work, never produce a bad picture, even with scribbles on a napkin.  I have a Calder drawn around a wine stains on a catalogue of his work.  We can be moved by nostalgia.  This is something else.   Alfred Munnings was anti modern art but his portraits of beautiful women, beautifully turned out and mounted on beautiful horses are nostalgic of an age recently past.

True art can evoke excitement and a ‘prickling’ & tingling physiological effect now known as Autonomous Sensory Meridian Response (ASMR) in the presence of certain work.  This can occur with sophisticated connoisseurs, and equally the naive.     Robert Graves in his ‘White Goddess’ (1948 – The White Goddess : a Historical Grammar of Poetic Myth -London: Faber & Faber) describes this effect and attributed it to the true  measure of a poet to faithfulness in depicting the White Goddess, of ancient tradition who was worshipped under many titles and forms, whether nymph, mother or crone, of the early matriarchal societies, thus proving the truth and source of his or her mystical inspiration.   Matriarchy, to be overthrown by invading patriarchal Indo-europeans, may have never existed but these emotional and physiological effects can be observed in poetic, musical and visual art forms.  “All true art is sacred” replied my wife (vancaillieartist.)  when asked why one of her works , an abstract relief, could be regarded as religious, and was requested for the exhibition of sacred art at the Musée d’Art Modeme, Paris, “Art Sacrée”, 1965. 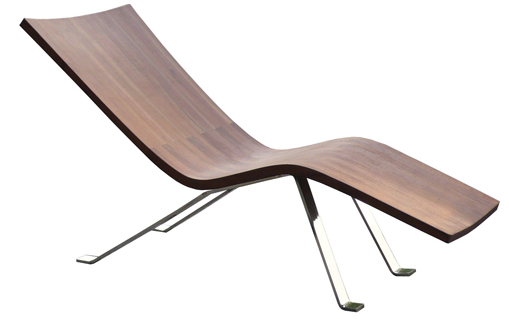 For me, the most interesting exhibit at Olympia, 100% Design exhibition, 2015, was this incredibly engineered and simple construct by Danial Chow  →.  Of solid walnut “Brackets or bracings that conventionally structure the architecture are substituted by hidden beaming inserts, invisible from outside”. He also wrote to me “Thanks for all the input you inspired me.  I will begin paying attention such a new measure – pelvic support or pelvic stimulator in my future designs.  I speculate that the said may also help stimulate the central nerve of the user while sitting.   It could then be the “real” solution and a new era also revolutionary to long time siting/working.     I may consider adopting this to working chairs and lounge chairs.”       I do not know about “stimulate the central nerve of the user”.  Sounds exciting!    He later wrote  “I did more thinking.  I realised it is possible to incorporate pelvic supports at the two sides of the lower-back-rest.  Perhaps I can design and make a new lower-back-rest to test the effect.  By the way, did I explain about how I came up with the configuration – dimensions and angles?   I did a mockup with a range of different configurations.  I picked the set which comforts the user most.”

Danial Chow, not an expert on biomechanics, has certainly ‘got an eye’.  As does any true artist.   I hope I have not misled him on iliac support.  Designed for upright sitting  it is less important for a reclined mode.  It would still help somewhat and some contouring would look good.  (see,BACKRESTS. Pelvic support→)

Similar, also aesthetically pleasing, in 2018, is a work in carbon fibre by ‘Essence of Strength’ .   It does not have any ‘Pelvic support’ .  Pads are supplied to correct this deficiency which should have been unnecessary with better design.   <https://www.essenceofstrength.co.uk/>.    Although not intended as a work chair, the ideal ergonomic shape should approximate to that of the 2T (3M) reclined mode.    The 2Tilt RECLINED MODE for fully safe sitting.

This may be relevant to Furniture as Art (FaA) where so much are just amusing nonsense which some may find desirable.  To be ‘true’ and excite ‘desire’ for the object it must have relevance to the human body that is going to use it.   This means bio-mechanics.   Preferably an understanding is the 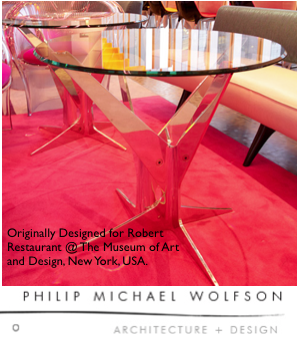 best but  may also be achieved on a sub-concious level by an artist.   “It’s all in the eye” said my wife, explaining composition and the golden section.

Wolfson seems to me to be have serious intent and to be the classic in this genre.  Of course he does not read work on bio-mechanics and so was unaware that desks in offices are becoming to look Dickensian (4M OFFICE WORK-STATION)  But desks which are objects of desire will still be 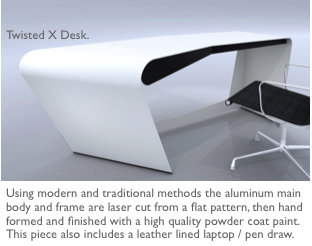 The observer or user decides whether the object is pleasurable, relevant and desirable.  The designer takes this into account. an ‘eye’ is a help even if the ergonomics are correct.

Without a nod towards biomechanics, some schools may be seen – dada, surrealism.

For my money an ‘Object of Desire’ is a modern version of the old Army Roorkhee chairs.   I have 4 of the originals and cover this subject at the end of the post EASY CHAIRS.

2 thoughts on “Art, Elegance and Objects of Desire”