Hitherto  the concern of this work has been only for ‘ergonomic’ work-chairs.   Chairs for

the home have been rather ignored as their ergonomics are unimportant compared to chairs required for prolonged work.    Since looking at chairs from a  bio-mechanics viewpoint,  almost all show a total disregard, or oblivion, to even basic concerns for spinal well being.   Designers are obviously ignorant of these factors although comfort also depends on them.   However there should be no excuse for designing a chair that is liable to give spinal dysfunction, or can be categorised as ‘A machine for making Backache’.    The boundaries between contract and home furniture  are decreasing and the division may be disappearing entirely.

Christopher Bellew wrote in his daily blog “I was a guest at luncheon in a London club and fell into conversation with an affable member in the bar after lunch. His name is Dr Henry Sanford.   After some general chit-chat we digressed to his working life.   After a life time in Orthopaedics, he told me that his patients with backache would ask him to recommend a chair that would not make their problem worse.   I have a suspicion that his invention owes much to his observation of recumbent members of his club after lunch. The Savile would be an admirable name for a chair …”

It can be seen that the typical club chair makes no pretension to ergonomic concerns.   They are irrelevant as the chairs are not intended for prolonged use and only have  to look comfortable. 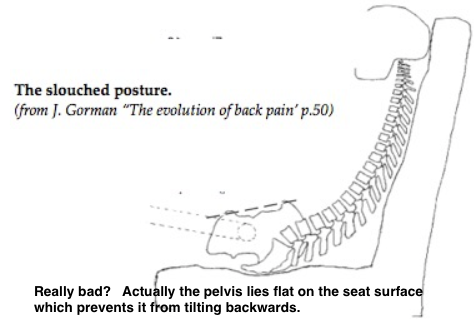 The aged Intervertebral Disc. (IVD→)  and the lengthened seat-pan allows a slouched posture which is not seriously adverse.

Easy chairs in the home

Much the same applies to chairs in the home which are not intended to be work-chairs.   Recliners are for home use and probably used by those who sit, or even sleep, for long periods.  As they have features similar to the 2T (3M) concept they have been considered separately.   Will people buy recliners when a cheaper and better designed dual purpose chair comes on the market?  This may also be particularly relevant to the growing ‘gamer’ market. (Recliners→).

The ‘Saddle Chair’ by Timothy  Oulton, at his fantastic new premises in the old Bluebird workshop in the Kings Road, caught my eye.   It is almost reclined

with no other concern for ergonomics.  Still on an equestrian theme, Mandal advocated a Forward Tilted Seat.   With a FTS and the back rest with pelvic support this would become an interesting ergonomic chair and the improved ergonomics would also add to the comfort.   The other chairs on show look comfortable and are mostly heavily upholstered.   I am told that this is a good selling point – “After all, they can always

use a strategically placed cushion” but would probably be avoided by anyone liable to backache, who would know better.   If the upholstery was of denser foam at the level of the iliac (Pelvic) crest the appearance would be the same but pelvic support would result. ( BACKRESTS. Pelvic support v. Lumbar.→).

The Eames Chair.   Yes.  This seems to be the best easy home chair.   I have ignored it, not being a work-chair, but it does have some 2T features, a reclined mode and leg support, which accounts for it’s comfort.   For me, It is not an ‘Object of Desire‘.   I do not like it being in two bits

when there is a one- piece solution which could be more elegant, simpler and to the contemporary taste using the 2T (3M) concept.   Being more ergonomically compliant it would also be even more comfortable.

For the ‘cool’ uncluttered look a simpler chair is possible.   The old Roorkhee campaign chair which had some ergonomic advantages has many modern derivatives.

Some of these advantages having been lost in translation.   It is chairs of this sort that are popular with Interior designers although the ergonomic advantages vary. Roorkee chairs have spawned a number of modern designs including Klint’s Safari Chair and also by Marcel Breuer (the Wassily chair), Le Corbusier (the Basculant Chair), Wilhelm Bofinger (the Farmer’s Chair) and Vico Magistretti (the Armchair 905).

Roorkee chairs are campaign chairs with marvelous design  used in the Army from 1898 to WW2, ‘officers , for the use of’. 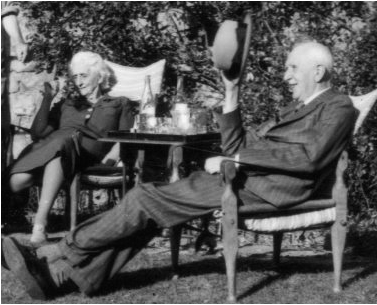 The pair from my Uncle Jack (Berrington) during the South African Boer War (c. 1902) was lost in transit so he indented for two more.  The original pair reappeared and now I have all four.  Here is his Brother in Law, my Uncle Gilbert and his sister (Aunt Alice Berrington) sitting in Roorkee chairs in about 1950.   He is in a reclined position and the bottom edge of the tilted back rest gives some pelvic support, and this unexpected ergonomic efficiency is why officers may have found it so comfortable.   Hers has an additional headrest which would allow a sleep mode.
Developed by the Indian Army Corps of Engineers in Roorkee, India, the Roorkee chair is lightweight at about 10 lbs., and breaks down quickly to be stored in a 9″ x 36″ canvas bag.   The ingenuity of the design lies not only in its ease-of-assembly and dis-assembly, but the very act of sitting in the chair reinforces its structure.  The seat canvas is slung between front and rear crossbars and pulls them towards each other, tightening the side rails in their mortises with the legs. 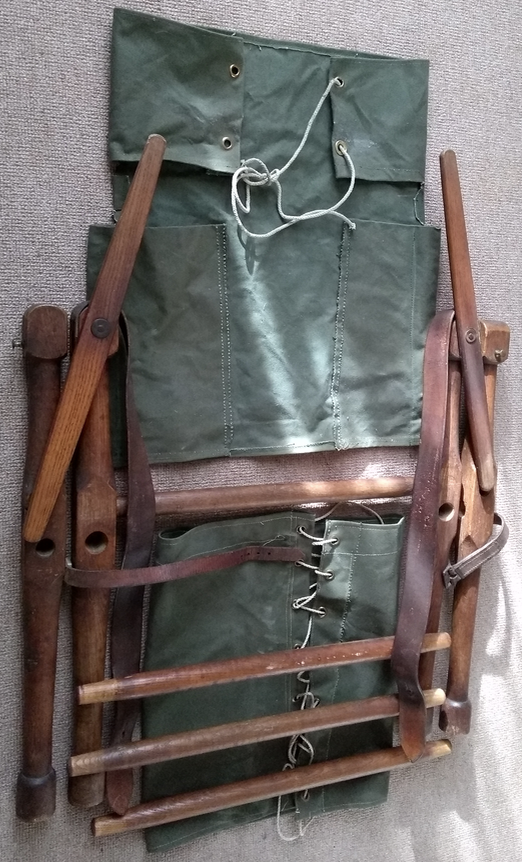 My Roorkee chair, disassembled.  Shows the backrest.  The original canvas was lighter in colour, replaced here with army tent canvas.   The front strap may have been added later, and broke when being assembled today (17/Nov/2018, not bad after over 100 years).    Assembling needs some expertise which batmen (soldier servants) must have learned quickly.  How it can be done is shown, using a modern version at https://www.youtube.com/watch?v=nwPqQSYUCvM .   Also it requires expertise to get the parts into such a small canvas

The ergonomics, I discovered, are good.   Leaning backward results in rotation of the backrest with a slight extension force on the thoracic spine and  extension of the lumbar spine.   This comes close to the 2T CONCEPT  and accounts for it’s recognised comfort. 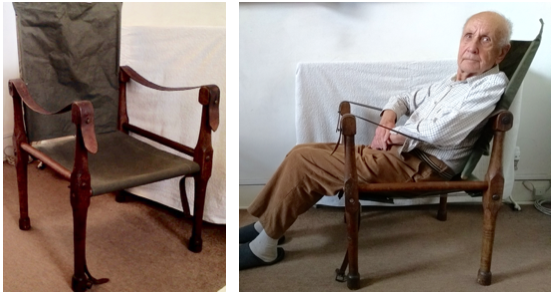 Compare the position of the user when sitting in a 2T prototype showing an optimal work position.

Core 77 has an account and show a number of archive photographs of the chair being used including one  of Gen. Earl Alexander, sitting in a Roorkee chair beside Churchill,  in a less comfortable upholstered (no correct back support) arm chair, who would have known Roorkee chairs well from his time serving in the 4th Hussars. 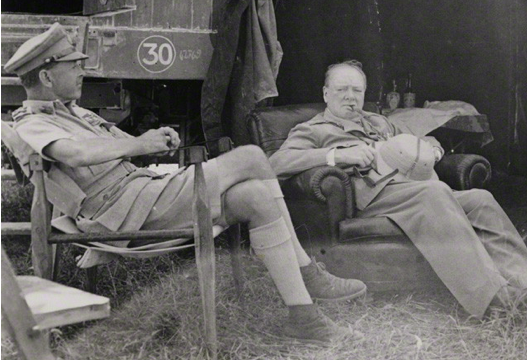